TEAM ROSTER AND BIOS
Who's representing your country?
Select any country name to view their team roster and learn more about our competing athletes.
Back to 2022 ISA World StandUp Paddle and Paddleboard Championship

United States of America
DIVISION / SUP Tech Racing Women,SUP Distance Racing Women,SUP Sprint Racing Women
April Zilg
April Zilg is a ICF SUP Sprint World Champion, gold medalist in the Pan American Surfing Games, World Cup gold medalist, Gorge Downwind OC1 Champion and APP World Tour Vice World Champion. She offers training plans and coaching for paddle athletes, as well as a training journal called the Athlete Agenda that helps people start their athletic practice no matter the sport. Coming from zero athletic background herself, she started paddling at age 25, her goal is to get more people priortizing daily movement and working towards their goals while by showing what is possible when you take control of your time and set your intentions.

United States of America
DIVISION / SUP Surfing Men
Bernd Roediger
It is a strange thing to look at the man in the mirror and see that you are, for better or worse, the person you wanted to be some ten years ago. Maybe not in every way as rich, famous and important as you had believed you could be! But in more subtle ways the projection of ten thousand hours of dreaming. The person you see yourself as is the person you were trying to become with every choice and every action. An amalgamation of various influences, notions; the synthesis of your likes, the antithesis of your dislikes. You see the consequence of dreaming, idle or active. You see the scars, the tears at the facade of your idyllic self, the places where deficiencies and mistakes were sewn together to hide and heal from deep wounding.

I wonder what trials and triumphs the next ten years will bring, and how much of those tribulations will result from the subtle aspects of personality I’ve already attributed to a 35-year-old me. Will it be the same? Or am I now more fixed in who I am, so that the crafting of a self is less the idealizing of an image and more the occupation of my day-to-day. Is the formula for living a constant? Has the time for receiving slowed, giving way to the time for giving back? Thereby I become less the result of life and more so the action of living.

I know I feel more like “myself in ten years” when I write, when I take photographs -physical or mental- of the world around me and share them. I know I’m who I want to be when I listen more, when I focus on understanding people before making judgements, when I plan, when I work; when I show up for people in the ways I need to, whether driven by duty or love. At times I feel ready to be old, to have a life gone by, the bitter taste of pain fermented into sweet memory. The wisdom of it, bottled up and saved as a gift to pour out when the table is set for family dinners. A sip for the youngest at the table, now old enough for their first taste. I sit with that feeling now as I get the sense that 35-year-old and 45-year-old me will not share the same urgency to skip to the end of life. Maybe for that very reason I am the most “myself” that I’ll ever be, uninterrupted by insecurities, as I was as a teen; also unbothered by the realities of life and responsibility, as I will be in middle-age.

Since becoming a member of the SIC team in 2018, Bodie has excelled quickly in the SUP racing community, competing in key races both nationally and internationally. In 2022 Bodie was promoted to Global Team Rider for the brand. It proved to be a breakout year for Bodie with impressive results at APP Santa Monica, The Carolina Cup, The SIC Gorge Challenge, ICF Worldchampionships, among others.

After high school, Bodie plans to become full-time a professional paddler. His dream is to travel the world, competing with the best of the best.

When Bodie is not paddling he loves to surf, foil and wakeboard. He has a true passion for watersports and is always in search of a new challenge.

United States of America
DIVISION / Junior SUP Tech Racing Boy
Campbell Carter
My name is Campbell Carter I am a 17 year old competitive standup paddler from Wilmington, North Carolina. I started paddling at Wrightsville Sup in 2015 with Jarrod Covington.  Over the last few years I have developed a passion for all water sports and hope to continue the waterman lifestyle.

At Ocean Academy we believe in creating positive experiences on the ocean through expert instruction and encouragement. From her years of experience as a champion athlete, our founder Candice Appleby is passionate about passing on the knowledge she has gained to help others build a confident lasting relationship with the ocean.

Renowned waterwoman Candice Appleby began surfing at the age of nine and competing at age ten. As the captain of her high school surf team, she led San Clemente High to four consecutive national titles. She went on to obtain her degree at the University of Hawaii and pursue surfing full force. In 2006, she decided to give standup paddle surfing a try. And with her amazing fitness level and surfing background, Candice was soon competing again – and beating – men in SUP racing and surfing. In 2008, at the Duke Kahanamoku Oceanfest, Candice became the first and only woman to beat men in a professional SUP surfing event, winning both the women’s and Open Pro divisions. She claimed victory six times at Battle of the Paddle and thrice after it became the Pacific Paddle Games —an event long considered the World Championship or “Superbowl” of SUP. She’s also been the #1 Female SUP Athlete of the Year three times, APP World Tour Champion in 2015, and has collected four gold medals for the United States over an international field at the ISA World Championships in 2015, 2016, and 2018. Candice qualified for the 2019 Pan-American Games and represented Team USA in SUP Surfing and Technical racing, taking home a silver medal in SUP Technical racing, and is the USA SUP Team’s Team Manager.

Beyond her skills as an athlete, Candice has been a dedicated coach to several athletes for many years. She has taught surfing for over 20 years and standup paddling for more than a decade. Her standup paddle coaching began in 2009 as SUP fitness trainer for the sports very first training club Paddle Core Fitness on the South Shore of Oahu. In 2012 she co-founded Performance Paddling alongside Anthony Vela, coaching a Junior National Team of the USA’s top young SUP athletes. Then in 2015, she co-founded the Performance Paddling Adult SUP Training Club that is still active today. Candice has taught standup paddling clinics all over the world and trained other athletes to champion titles. Ocean Academy was born from her years of experience as an athlete and a love for encouraging others on the water.

Today, Candice Appleby is known as a pioneer of SUP and also its foremost champion. ESPN W calls her “Abby Wambach, Serena Williams, Brittney Griner, and Danica Patrick all rolled into one. She’s talented, fiercely competitive, tremendously well-respected, and a true ambassador of the sport.”

United States of America
DIVISION / Junior SUP Tech Racing Girl
Soryn Preston
Hello! I am Soryn Preston from the USA. I live in Southern California and love surfing on my race board and going for long paddles. I've been a determined paddler since I was 7 years old! From the beggining I have been obsessed traveling up and down the coast for races. I am now 13 years old, ready to race in a whole new place and compete with the best!

Im born and raised on the Island of Maui and fortunate to have been surrounded by positive influences around the ocean. My parents are world champion windsurfers, grandparents inventors of windsurfing and I'm proud to follow in the footsteps innovating and pioneering ocean sports.

Im an Ocean enthusiast and ocean guardian with a mission to uplift my community and environment around me on my relentless pursuit of dreams. Mahalo for the aloha and support, feel free to learn more about my ohana and I in my book, Beneath The Surface, by Zane Kekoa Schweitzer. 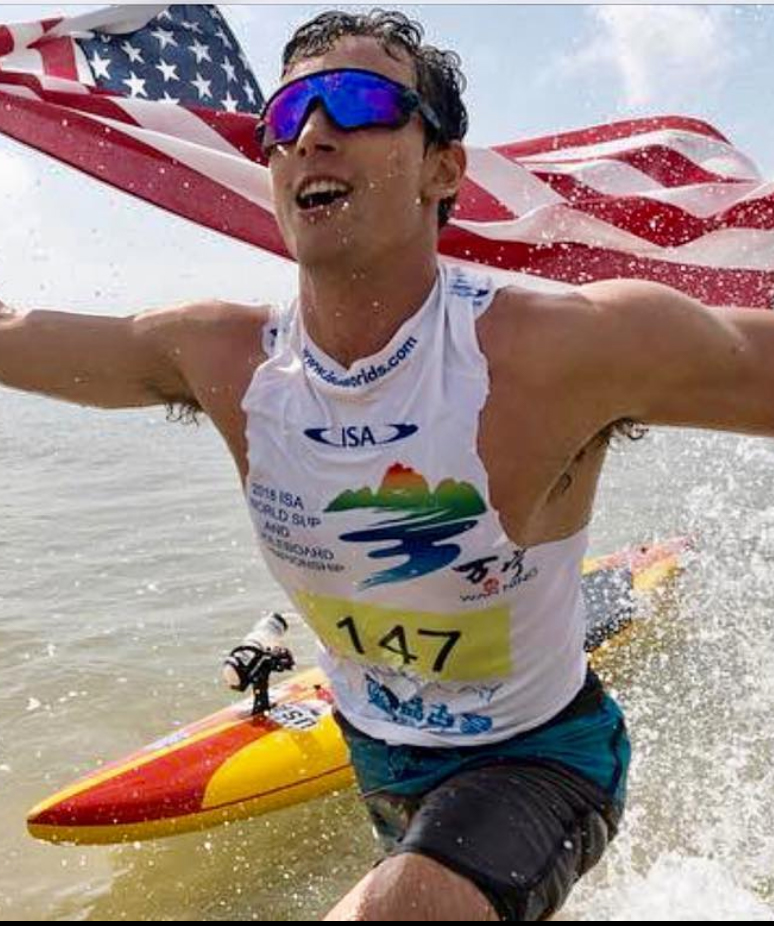 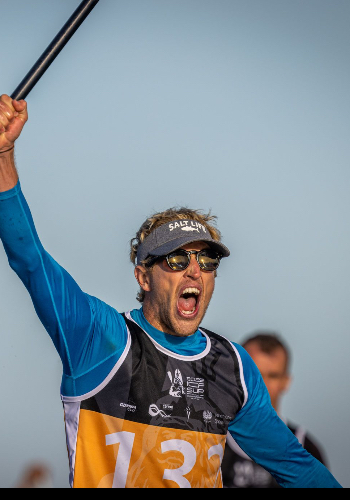 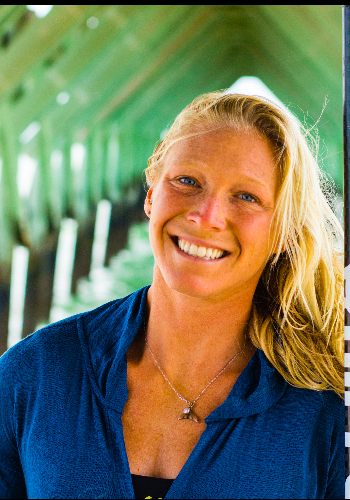 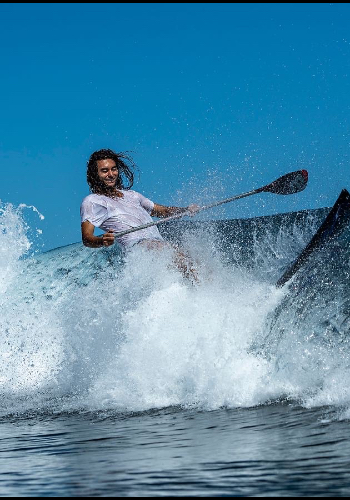 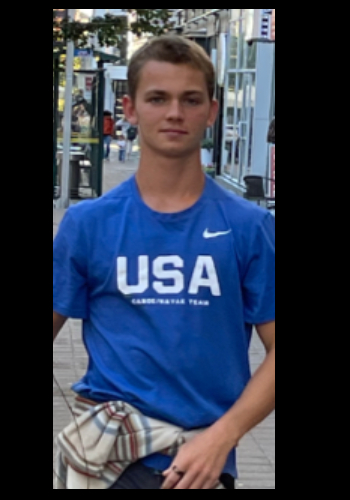 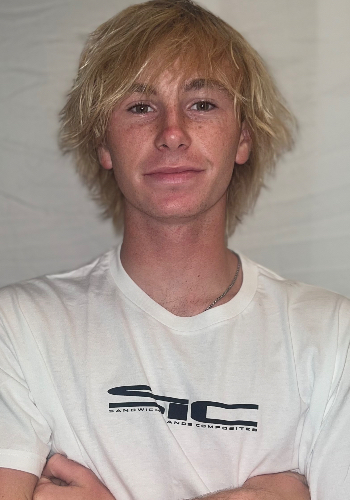 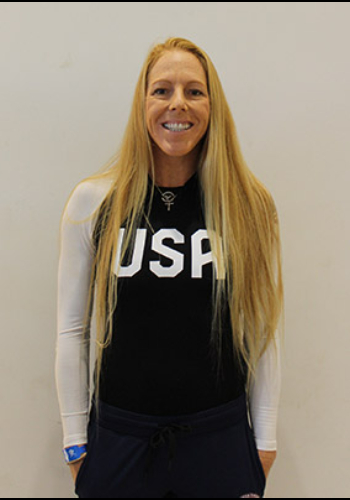 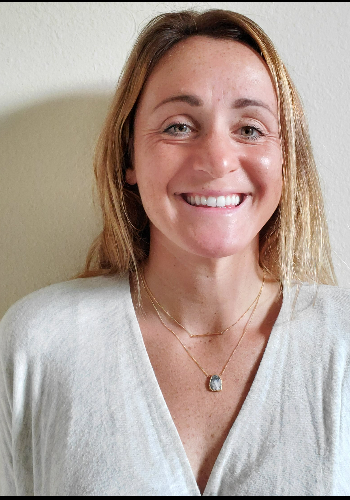 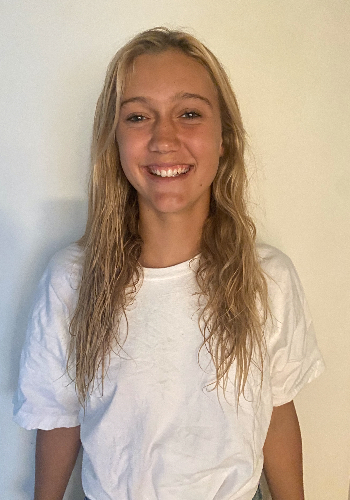 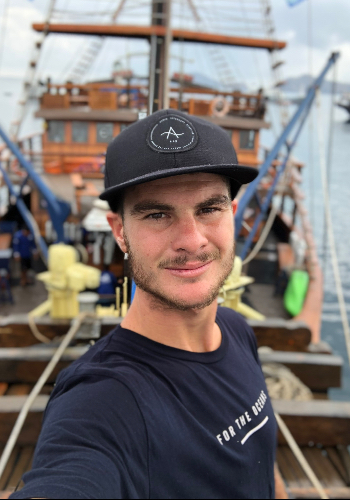 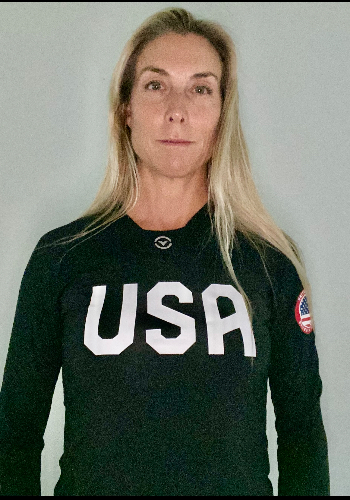 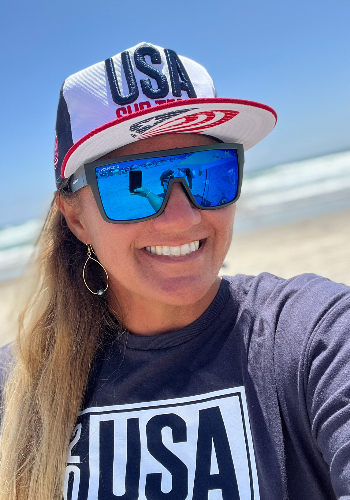