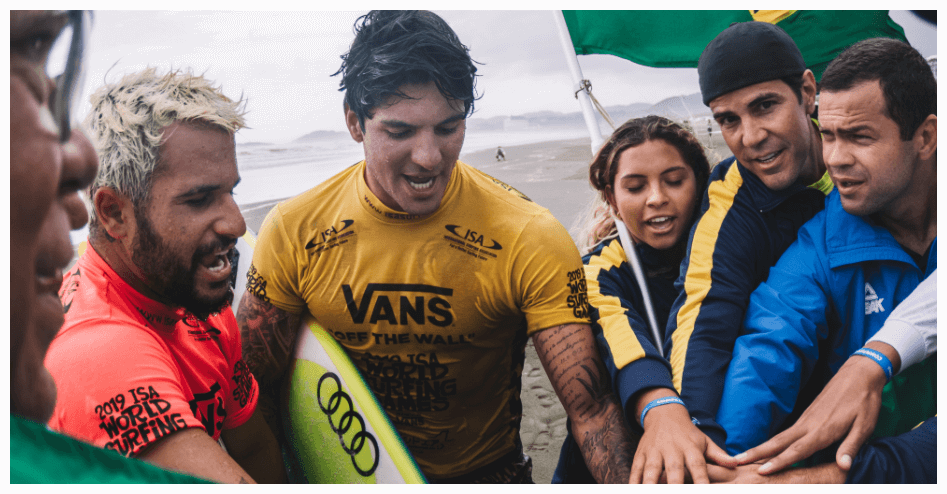 Riding the wave to Olympic inclusion

Riding the wave to Olympic inclusion

The dream of Olympic Surfing started with Duke Kahanamoku, an Olympic Gold Medalist in swimming and native Hawaiian known as the father of modern Surfing. Duke first expressed his dream at the 1912 Summer Olympics in Stockholm to one day see Surfing included in the Games.

More than a century later, the ISA has fulfilled the Duke’s dream.

Fernando Aguerre, a member of Argentina’s National Surfing Team, was elected President of the ISA in 1994. In 1995, shortly after being elected, Aguerre met with the then IOC President, Juan Antonio Samaranch, in Lausanne, Switzerland, where he made it clear that the inclusion of Surfing in the Olympic Games would be a strategic priority for the ISA.

Since that meeting in Lausanne, the ISA made great steps forward both in the global development of the sport and pursuing the dream of Olympic inclusion, with the ultimate goal of spreading the joy of Surfing to all corners of the world. With 32 Member Nations in 1995, the ISA has now grown to 109 Members and counting, reaching non-traditional surfing markets such as Iran, Sierra Leone, and Russia to name a few.

Despite several unsuccessful attempts to promote Surfing’s inclusion into the Games through the first decades of Aguerre’s mandate, the ISA President persisted and pushed forward and in 2014, the ISA was given renewed optimism under the innovative leadership of the new IOC President Thomas Bach. Bach brought a fresh vision to the Olympics, realizing the need to add youthful, vibrant sports. The door was opened for 26 sports, which included Surfing and SUP, to apply for inclusion in the Tokyo 2020 Games, an opportunity that was happily welcomed by the ISA.

Two years later, on August 3, 2016 at the 129th IOC Session in Rio de Janeiro, the Duke’s dream came true, as the IOC voted to include Surfing as one of five new sports in the Sports Program for the Tokyo 2020 Games. The decision set the stage for Olympic Surfing era, planting the seed for countless Olympic dreams and aspirations for the world’s surfing youth to pursue.

This wave of success continued in December of 2020 as the IOC Executive Board confirmed Paris 2024’s proposal to include Surfing on the Sports Programme – with Tahiti as the selected location.

Surfing and SUP Racing have also gained inclusion in other major multi-sport games, such as the Lima 2019 Pan American Games and the 2017 Central American Games in Managua, Nicaragua. SUP, which was included on the proposal to Tokyo 2020, was not recommended for the Olympic Sports Program, however the ISA still remains committed to this important discipline and will push for SUP’s inclusion in the Games.

Over a century of work that started with the Duke’s dream has been fulfilled. Surfing has entered the Olympic Games, a monumental, game-changing moment for the sport. Surfing is ready to embrace the Olympics and take its inspiration, love and passion to the world’s greatest sporting stage.