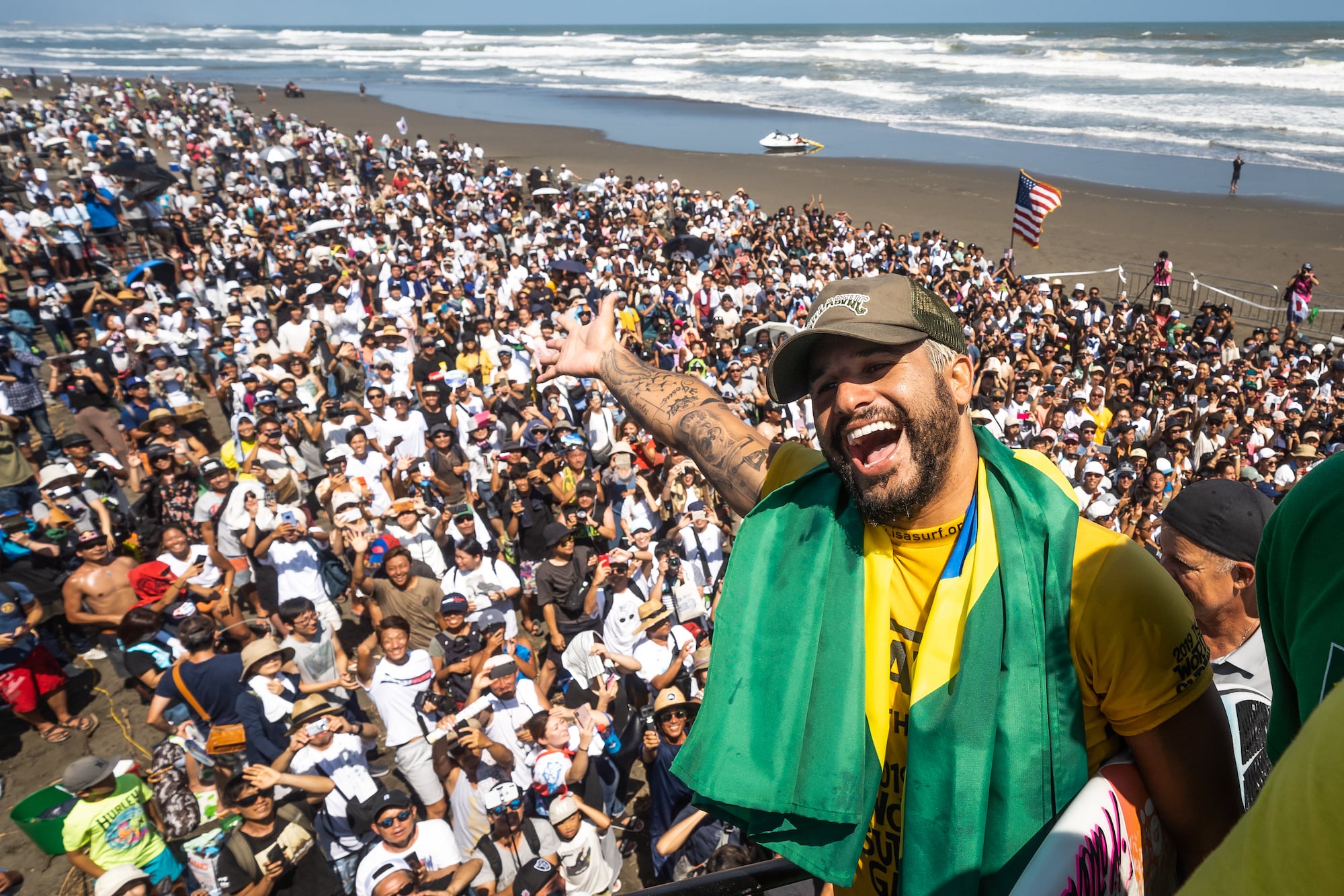 Since then, the series has grown and developed to include an array of surfing disciplines.

As the only Olympic-style team events in surfing, the ISA World Championship Series gathers athletes from all continents of the globe in peace to represent their nations and go for Gold.

The world’s premier competition for U-18 and U-16 boys and girls shortboard surfers, the ISA World Junior Surfing Championship, was first hosted in 1980 in Biarritz, France, where legendary surfer Tom Curren (USA) became the first ISA Junior World Champion. Since then the event has showcased the early careers of some of the world’s best professional surfers including Gabriel Medina, Tatiana Weston-Webb, Filipe Toledo, Tyler Wright, Alejo Muniz, Laura Enever, Sally Fitzgibbons, Julian Wilson, Owen Wright, Stephanie Gilmore, Matt Wilkinson, Caroline Marks, and Jordy Smith. The event is a mejor development milestone for U-18 surfers around the world and a glimpse into the future stars of the sport.

The ISA World Para Surfing Championship was created in 2015 to give surfers with physical challenges an opportunity to compete and display their talents in a Paralympic-style, world-class competition. Athletes with physical challenges that range from limb amputations to visual impairment are placed in classification divisions to compete for gold medals and celebrate the transformational, healing power of surfing. The ISA hopes to use this event as a platform towards eventual Paralympic inclusion.

The ISA World SUP and Paddleboard Championship combines the disciplines of SUP Surfing, SUP Racing and Paddleboard Racing. The world’s best SUP Surfers, SUP Racers and Paddleboard racers compete for individual Gold Medals and the Club Waikiki-Peru ISA World Team Champion Trophy awarded to the team that accrues the most overall points. Since the inaugural edition in 2012, the event has been the fastest growing on the ISA World Championship Series, with participation more than doubling since its inception.

Longboarding has become one of the most attractive and accessible disciplines of surfing. It is contested on a variety of waves and combines elegance, style, and maneuvers on a board of at least 9 feet in length. Traditionally part of the ISA World Surfing Games, the event was held for the first time as a stand-alone competition in 2013 in Peru.

Featuring some of the legends of the sport who are still keen to compete at an elite level, the ISA World Masters Surfing Championship is a team competition for surfers over 35 years of age. The ISA introduced the World Masters event in 2007 in Puerto Rico and it has been held 6 times since.