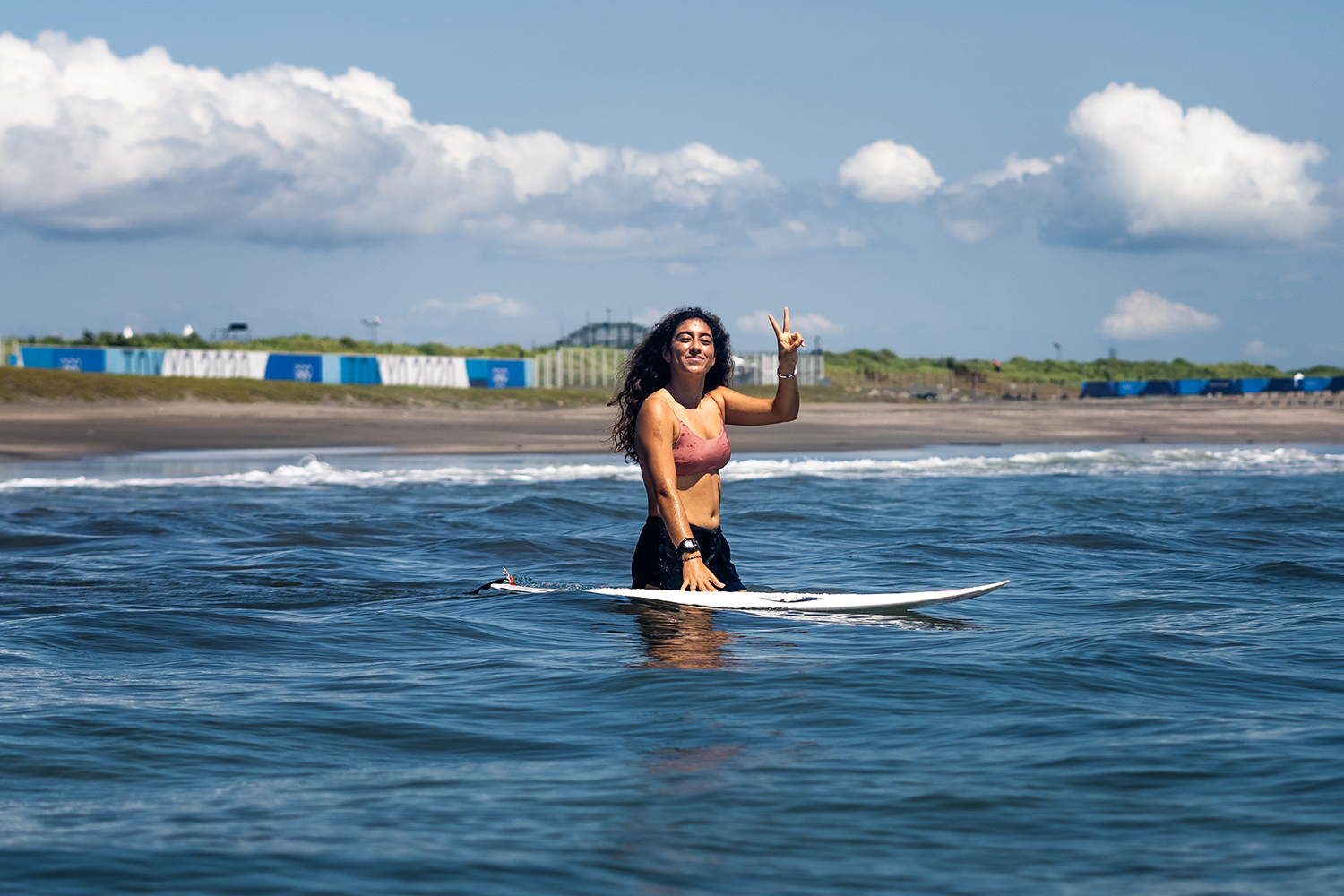 Peru’s Olympian and Pan Am Gold Medalist Daniella Rosas carried the flag for her nation at the Opening Ceremony of the Tokyo 2020 Games. Photo: ISA / Sean Evans

Where to watch Olympic Surfing here.

History has been made at the Tokyo 2020 Olympic Games. For the first time ever, surfers were among the 200+ nations represented at the event’s Opening Ceremony.

Four surfers, Morocco’s Ramzi Boukhiam, Indonesia’s Rio Waida and Peru’s Lucca Mesinas and Daniella Rosas, all marched for their nations in the Opening Ceremony as flag bearers, representing the new wave of Olympic athletes from one of the three new youth-oriented sports (Surfing, Skateboarding, Sport Climbing).

The Tokyo 2020 Opening Ceremony officially celebrated the start of the 32nd Olympiad, highlighting the resilience and determination of athletes to stay prepared for the Games despite the challenging conditions caused by the pandemic.

Adding to the profile of surfing in the Ceremony, Surfing judge Masato Kato (JPN) had the honor of taking the oath on behalf of all technical officials, underlining the officials’ commitment to fair play, inclusion, and equality.

The more than 11,000 athletes from 206 delegations celebrated the opening of the Games, conveying Tokyo 2020’s message of “Moving Forward,” a reference to the unity and togetherness required to overcome the global health crisis.

“I am really proud to carry my nation’s flag in the Opening Ceremony. For any athlete, representing their country in the Olympics is already big, but carrying the flag is even bigger.

“I am a little nervous, but also excited. It’s the experience of a lifetime that I will remember forever. My kids will see it. Everyone will see it. I will be one of the first Olympic surfers to carry the flag. It’s big for me, my country, and my family.”

“After 27 years of paddling for the Olympic wave, we are finally riding it!!!  The moment has finally arrived. We are in Tokyo and ready to watch the first Olympic surfers take to the water. I cannot wipe the smile off my face. I cannot believe it.

“Seeing surfers carrying their flags for their entire nations brought tears to my eyes at the Opening Ceremony. It’s just beautiful to see all the hard work bear sweet fruit…

“The event planning has been amazing to create a safe environment for our athletes, staff, and stakeholders. However, the only thing we couldn’t plan was the waves, and the waves are coming on Sunday and the rest of the week. The ocean is on our side and that’s incredible.”

Now Surfing shifts its focus toward the start of the event window and a developing typhoon in the west Pacific Ocean that is set to deliver powerful swell to the coastline of Ichinomiya.

The 8-day event window begins on July 25 and closes on August 1, with the surfing competition to use roughly 4 days of the window.

The official forecast from Surfline is calling for strong swell arriving on Sunday and into Monday, with Monday possibly presenting the more favorable wind conditions.

The opening rounds of competition will be non-elimination, consisting of 5 heats of 4 surfers for both the Men’s and Women’s Divisions. The surfers who place top 2 in each Round 1 heat will advance straight to Round 3, while the surfers who place bottom 2 will compete in Round 2. See the heat draw here.