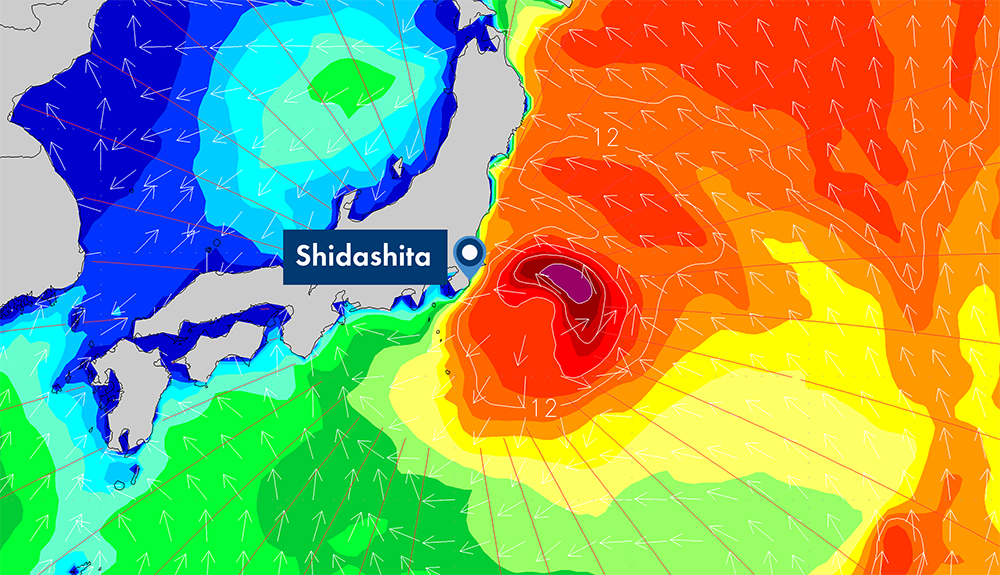 Please note the surf size below is given in face height.

TUESDAY 27th: 5-8’ (1.5m-2.4m) ENE/SE swell mix. Moderate+ NW trending SW to SSW winds.
SWELL/SURF: Peaky swell mix in the head-high range with well overhead sets. The surf is jumbled in the morning but should organize some with the incoming tide over the afternoon. Expect a touch smaller surf around the lower tide.
WIND/WEATHER: Breezy NW winds through midday relax some over the afternoon. Winds may trend a bit more sideshore from the NNW at times with passing rain showers.

WEDNESDAY 28th: 4-5’ (1.2m-1.5m) ENE and ESE swell mix eases. Light+ SW trending moderate SSW/S winds.
SWELL/SURF: ENE/ESE swell down in size compared to Tuesday but still offering chest- to head-high surf in the morning. The surf is a bit smaller around the low tide in the middle part of the day. Clean conditions through the morning become more sideshore textured in the afternoon.
WIND/WEATHER: Light+ SW trending SSW/S winds at 10-15kts in the afternoon. Fog possible in the morning.

The broad, disorganized circulation associated with Tropical Cyclone Nepartak will shift closer to the Japanese coastline on Tuesday. Winds associated with the large system will provide a solid mix of swells in the head-high to well overhead range for the majority of the day – it will be the biggest surf of the Olympic Games. Expect the shape of the surf to be a bit jumbled at times due to the mix of swells and side-offshore winds. We do expect conditions to gradually improve over the second half of the day as the winds relax and the tide pushes back in.

The mix of ENE and ESE swells eases on Wednesday compared to Tuesday, but still offers fun surf in the chest- to head-high range. Winds look favorable, especially in the morning, setting up mostly clean conditions. We do have the potential for morning fog during the first several hours of the day so we’ll keep an eye on that for future forecast updates. The surf eases for the second half of the day on Wednesday, though there should still be fun waves with the incoming tide.

We expect a trend towards smaller surf for the second half of the week. Look for the residual ESE swell to produce waist- to occasional chest-high surf on Thursday. ESE swell comes down a notch for Friday with waist-high surf and occasional, lully, chest-high sets. Conditions look best in the mornings both days before winds trend more sideshore into the afternoons.

It does look like we will see another shot of ESE swell for the weekend as broad low pressure develops in the Western Pacific. This starts off fairly small for Saturday morning before building over the afternoon and into Sunday. We expect the uptick in surf size will be accompanied by an increase in onshore winds, especially on Sunday. Stay tuned as we refine the outlook for the weekend over the coming days.