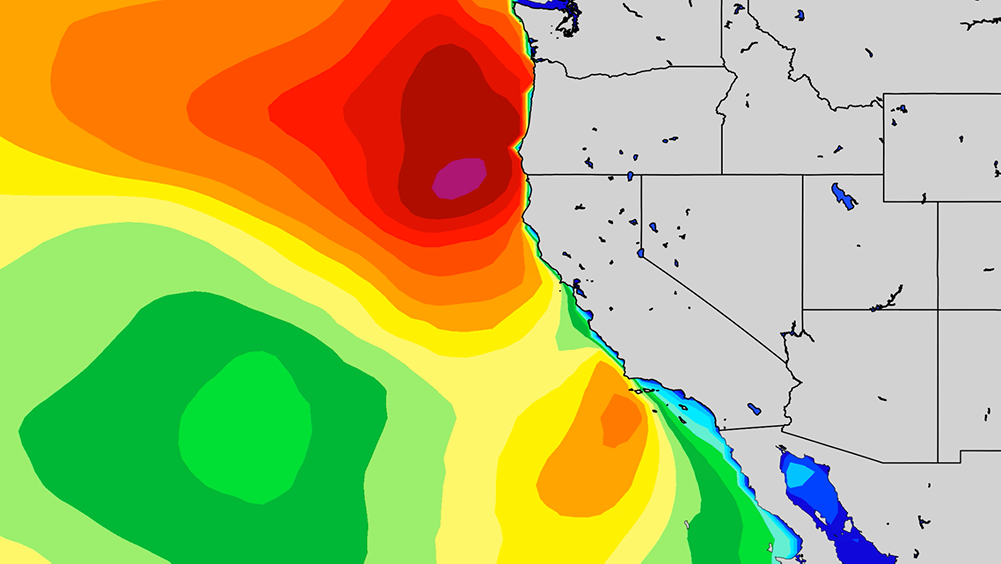 The North Pacific has been fairly active through the end of November and will continue to produce waves for the first week of December, despite a shift in the overall weather pattern. While we’ll be moving away from the longer-period energy we’ve seen from the Central and Northwest Pacific, storms moving through the Gulf of Alaska and down the coast of the Pacific Northwest are poised to send some steeply angled, shorter-to-mid-period swell throughout the contest period.

The last of the recent run of longer period NW energy (300-315) is on the decline through the 5th with leftovers in the waist-chest high range and favorable morning wind. With high pressure off the coast through the day, shorter-period NW energy is due to creep up which should help keep some waist-stomach high surf running for Pismo through the end of the day.

Heading into the start of the workweek, that shorter-period NW energy (300-320) is due to pick up, but the lack of period will translate to less size getting into Pismo. Look for chest-head high surf to build late Monday with some mid-period reinforcements from a low that is projected to move through the Gulf of Alaska due for Tuesday. Unfortunately, winds are looking dicey for the 6th-7th as the aforementioned area of high pressure sitting off the coast interacts with that system of low pressure, driving elevated NW wind. The early to mid-mornings should see decent surface conditions from lighter northerly wind.

By Wednesday the 8th, mid-period NW swell is expected to steadily ease with some decent size still in the water early in the morning before dropping to fun-zone leftovers in the afternoon with even smaller scraps on tap for Thursday the 9th. Conditions are looking much more favorable with light/variable to light offshore flow in the mornings giving way to a modest onshore breezy out of the NW in the afternoons.

The forecast for the 10th-11th is of much lower confidence at this time, depending on the progression of a low pressure system along the northeast rim of the Gulf of Alaska and its interaction with expanding high pressure in the Northeast Pacific. Should this come to fruition, another pulse of steep, mid-period NW swell would show by the morning of the 10th, and could be a notch or two larger than what is expected for earlier in the week. Winds would likely again be an issue with elevated NW onshore flow for the 10th before giving way to improved conditions on the 11th as the system clears the area.