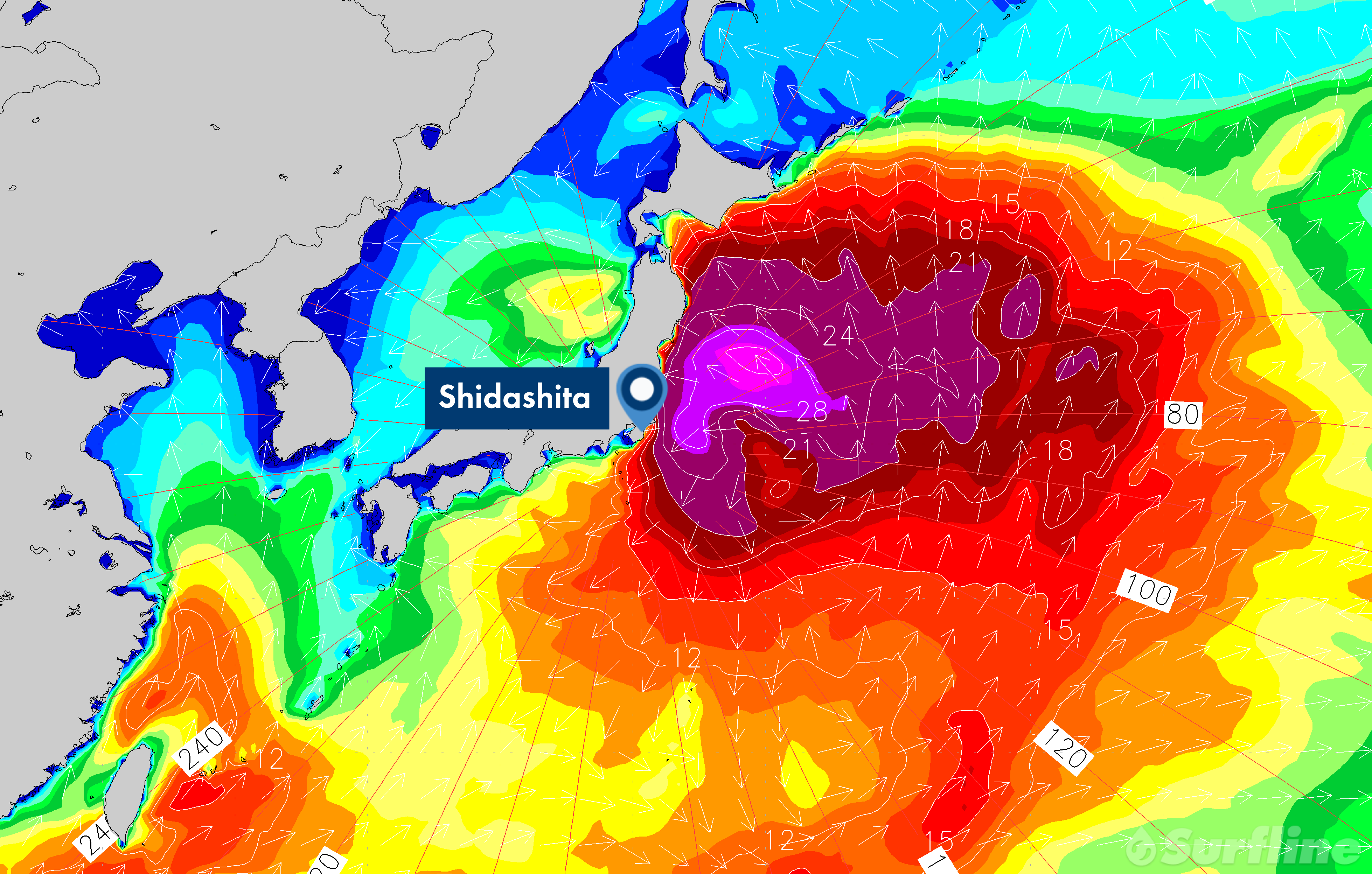 Rising tropical cyclone surf is due on Sunday for the start of the event window. Solid surf continues through the early part of next week. A mix of swells keeps contestable surf going mid to late next week and likely through the final weekend of the event.

A tropical cyclone is expected to form later this week around 700nm (1300km) south of Tsurigasaki, before tracking northward over the weekend. Since yesterday, one of our more reliable forecast models has shifted the timing of that northerly movement ahead, now bringing the potential system right off Tsurigasaki Beach by Sunday morning. However, that solution looks like an outlier, so there have not been any changes to our surf expectations for the opening days of the competition window.

We expect SE/ESE swell generated by the tropical system to fill in on Sunday, July 25th, biggest late in the day. Winds look onshore, but potentially not too strong Sunday morning, before increasing steadily as the system gets closer. Conditions will deteriorate through the day as the northeast winds increase.

The outlook for early next week depends on the track and strength of the tropical cyclone. Subtle changes in the location of the storm can have significant ramifications to our surf and condition outlook for both Monday and Tuesday. The latest expectations are for solid SE/ESE swell in the well overhead to potentially double overhead range on Monday. With the storm nearby our wind forecast for Monday is dynamic – northerly winds look likely for the first part of the day, before trending more offshore over the afternoon and evening. More favorable winds are still expected for Tuesday with surf in the head-high (wave face) zone with potentially larger sets early. Stay tuned.

Our reliable forecast models diverge on exactly how things will play out mid to late next week, which is fairly common when we’re looking 8-10+ days out. So while the specifics are still uncertain, the general pattern is expected to keep a contestable E and SE swell mix in the water. The outlook for the back half of the contest window will become more clear in the coming days.