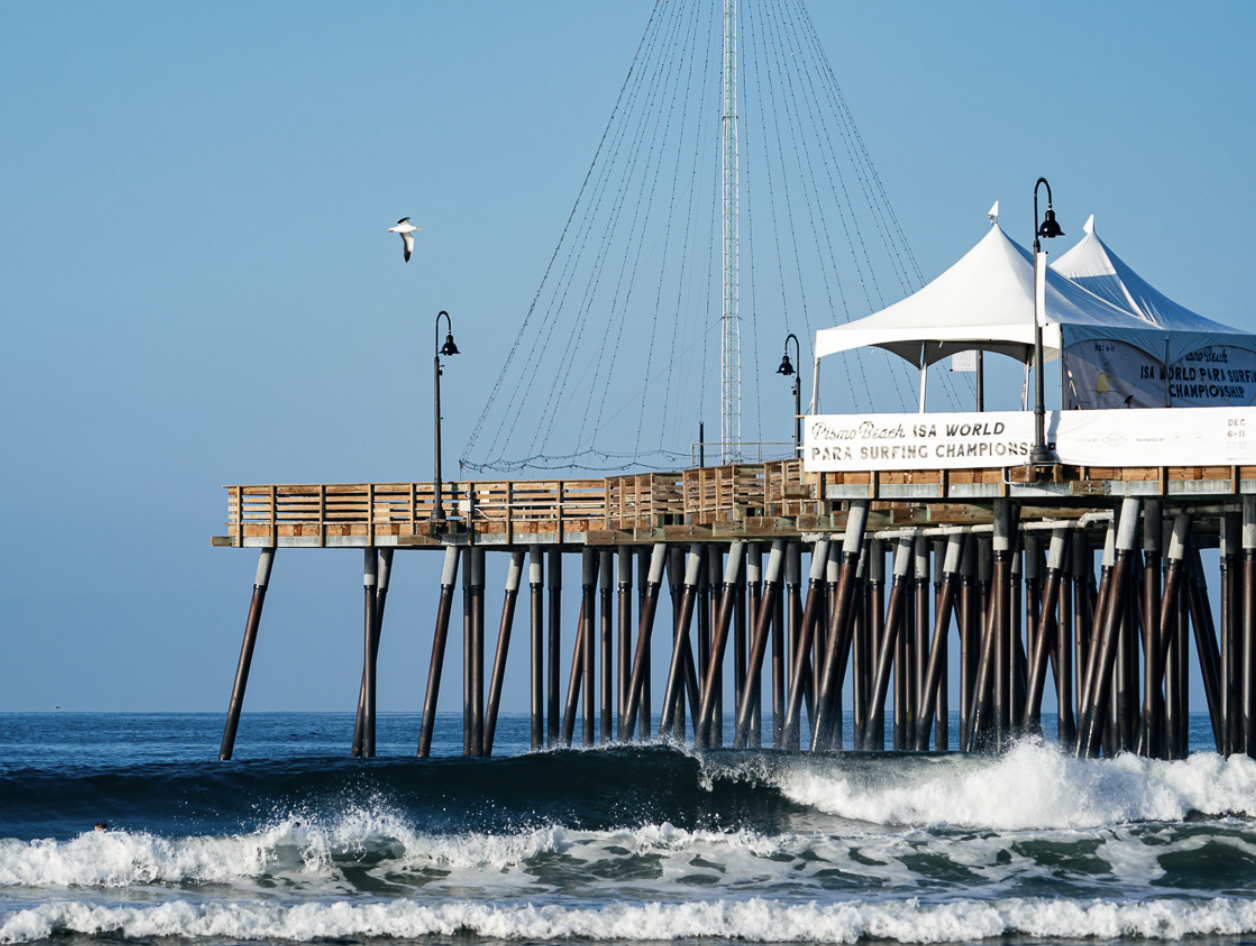 The second full day of competition for the world’s best para surfers revealed exciting new talents to challenge returning champions, though familiar names managed to retain many of the top scores.

“Seeing new talents challenging these established champions is both exciting and gratifying.  This shows that the sport of para surfing continues to grow and develop around the world.  I’m so happy to see the stoke on the faces of these athletes, young and old. Their commitment and determination is super strong and just reminds us that anything is possible in life!  Seeing these emotions and performances, I have no doubt that Para Surfing would add enormous value to the LA 2028 Paralympic Games”.

The highest heat total of the day, an impressive 16.40, went to two-time ISA World Champion Mark “Mono” Stewart from Australia in Men’s Kneel. Combined with total domination in Women’s Prone 2 from Sam Bloom and Joyce Neumueller, team Australia, officially named The Irukandjis, are proving themselves a force to be reckoned with as they look to win their first Team World Championship.

Stiff competition from Team Brazil might stifle Australia’s chances, however. Sitting atop the rankings in seven of the 16 divisions offering gold medals, the powerhouse South American nation is looking strong to reclaim the title they won in both 2016 and 2017.

The full field of 134 surfers was rounded out as each division saw its first heats in the lineup. Eliminations also began as finalists were decided in Men’s Prone 2 and both Women’s Prone classifications.

After winning bronze in 2018, Marta Paço of Portugal has returned for her second ISA World Para Surfing Championship and this time she’s going for gold.

Taking off on a left headed straight for the pier, the visually impaired surfer placed her board in the perfect position to glide through multiple critical sections. The reward for her commitment was the highest single wave score of the day for the women, an 8.50.

“I started surfing four years ago and from the first time I stood up on a surfboard I realized that surfing is what I want to do,” Marta shared. “Since that day in 2017, the sport has improved my life in many ways; physically, mentally, and socially. I can’t imagine my life without surfing.”

Nathaniel Bailey is proud to represent Para Surfing for Jamaica

Jamaica’s first para surfer Nathaniel Bailey is excited to be in Pismo Beach to represent the sport for his country internationally. A newcomer to the sport and traveling with his teammate Toto Campbell and coach Icah Wilmot, Bailey came to the United States knowing it would be a challenge, but one he was ready for.

“Every morning I wake up, boom, surfing today. Not surfing today? I watch it on video,” he said. “Working with Icah, we’ve been finding the different rhythms of what can make me move faster in the water.”

Born with arthrogryposis, Bailey has never let anything hold him back, whether it be his love of playing the drums or his skills on the football field. But surfing has taken over his other passions and he is dedicated to developing his talents in the ocean.

Noemi Alvarez had an excellent start to her campaign in the Women’s Kneel division. Competing every year since 2016, the Chilean surfer has been constantly progressing in the sport. Her evolution led to a silver medal in 2020 and currently sees her in pole position for gold in 2021.

“I have received a lot of support from the whole Chilean team. Our coaches are growing in their training technique and I’m putting in more time and effort every year. I’m trying to make history for Chile and motivate more athletes to come and compete.”

Watch photos and video highlights from day 2 in the link below.